To produce a strong string of horses and students, helping the United States win on the international stage for years to come.

Sinead’s love of horses started at a young age in a small town called Irmo, just outside of Columbia, South Carolina.

“Horses are in her blood,” says her mother and greatest supporter Bernadette Cogdell. “Growing up in Galway, Ireland, our ponies were allowed into the house for tea in the evenings. So when Sinead said, ‘I want a pony for Christmas!’ the request was taken a little more seriously!”

And so it began. Under the tutelage of Stuart Black, Sinead achieved an impressive amount as a young rider, including making her Three Star debut at the age of 19 on her horse, Killian. During that competition, she caught the eye of legends David O’Connor and Mark Phillips with her performance on the championship level course. Thanks to the support of Sinead’s sponsors and owners, she was given the opportunity to move to the UK and train with the legends of eventing. Her positive introduction to European eventing left Sinead craving more.

Sinead and Manoir De Carneville (Tate) finished 2010 with a spot on the silver medal team at the Nations Cup in Holland. They then kicked off 2011 with a win at the Advanced at Southern Pines and carried on to win the CCI**** National Championships at Rolex Kentucky, finishing 3rd Internationally. In 2012 Sinead and Tate were first alternates for the 2012 London Olympic Games.

2014 was another great year as well with the pair winning the CIC3* division at the Fork before finishing 4th at the Rolex Kentucky CCI4*.

Love my Sarafina Breeches… particularly the Navy ones!

The best thing I have done outside the horse industry is to manage to convince one of the best guys in the world to marry me – Tik Maynard!

I grew up in a small town called Irmo, South Carolina, and although I live in NJ I am truly a southern girl! 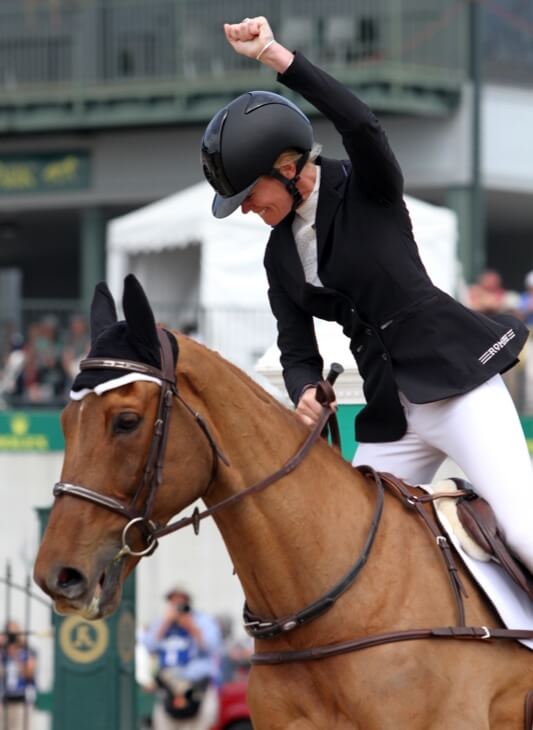