To be the best rider I can be

Michael began his love for riding at a young age in his native Canada before moving to the United States, where Michael began a working student position at River’s Edge Farm with Ken Berkley and Gary Zook. During his time at River’s Edge, Michael progressed through the junior hunter, jumper, and equitation ranks, winning classes at Devon and earning ribbons at the American and Canadian National Equitation Finals. He was also fortunate enough to work extensively with many nationally renowned trainers including Scott Stewart, Missy Clark, Bob Braswell, and Anne Kursinski.

After graduating from the junior ranks, Michael juggled the demands of being a full time college student at George Washington University in Washington, D.C, with his desire to ride and train professionally. During this time, Michael spent extended periods of time riding and working in Holland. In Holland, Michael was fortunate enough to train under Dutch legend Roeloef Bril while riding at two large sales barns.

Michael won the WCHR Legacy Cup Hunter Finals as a professional in 2005 riding Polaroid, and has won multiple grands prix over the years– reaching 15 career Grand Prix wins and almost $600,000 in career prize money earnings. He worked as a professional rider for Heritage Farm (Katonah, NY) and Spring Mill Farm (Eads, TN) prior to having his own business. He has also trained/ridden horses to USEF National Horse of the Year championship honors, trained 2017 North American Young Rider Jumper & 2018 Youth Olympic Showjumping Gold Medalists. His students have competed at the major National Indoor Equitation finals and earned hunter and jumper championships at WEF and Harrisburg.

Michael has continued his professional development by working with many top trainers including Melanie Smith Taylor, Andre Dignelli, Richard Watson, and Katie Monahan-Prudent. Michael is a TCP “Certified Trainer” by the United States Hunter Jumper Association, a USEF ‘r’ judge, and has sat on the USHJA Youth committee, the Zone 4 Hunter committee and the board of Directors for the West Tennessee Hunter Jumper Association.

My show shirts- so cool and light & stretch!!

Got out of bed this morning.

I say 17 “Hail Mary’s” before getting on every horse. 27 before every pony. 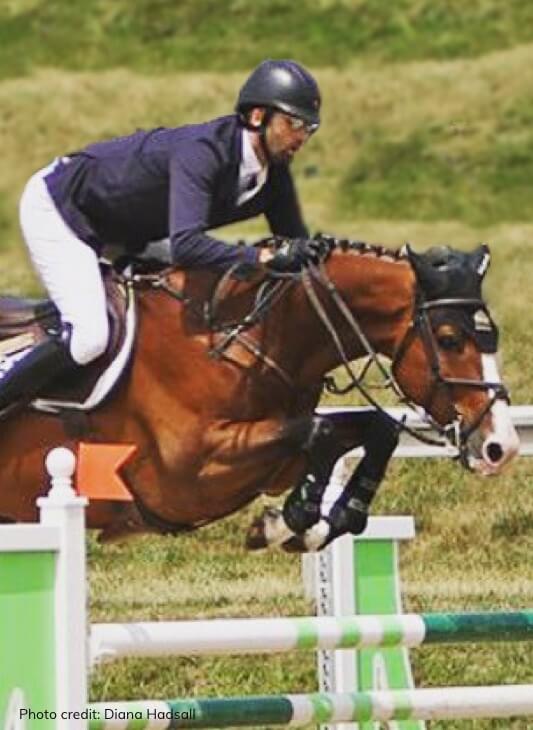