To bring horses up the levels in the kindest, fairest way possible.

Lauren started riding dressage after a broken leg ended her short-lived (and really rather bad) figure skating career. It was the best career change the then 11-year-old could have ever asked for, and only seven years later, Lauren cantered down centerline in her first international competition.

Lauren studied Public Policy and Urban Planning at Sarah Lawrence College, Yonkers NY, but upon her graduating in 2006 she became a professional rider and trainer. She currently runs her own training business, Sprieser Sporthorse, from her own Marshall VA facility.

Lauren is also a well-read and award-winning blogger for the Chronicle of the Horse, and enjoys distance running and triathlon.

My Sarafinas. I’m on a ton of horses every day, and my Sarafinas can keep up with me – no small feat!

I can say the alphabet backwards!

Fun socks! I like wacky socks under my tall boots, especially in competition. Dressage can be stodgy, so I like to have a little sneaky fun where I can! 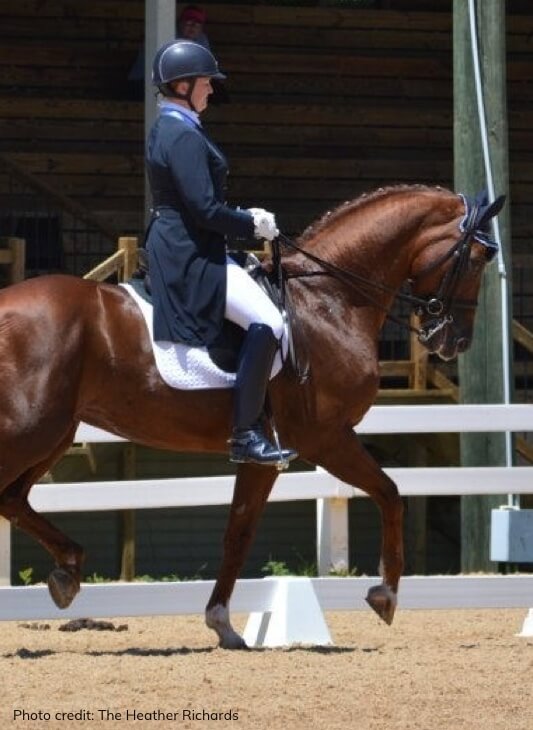